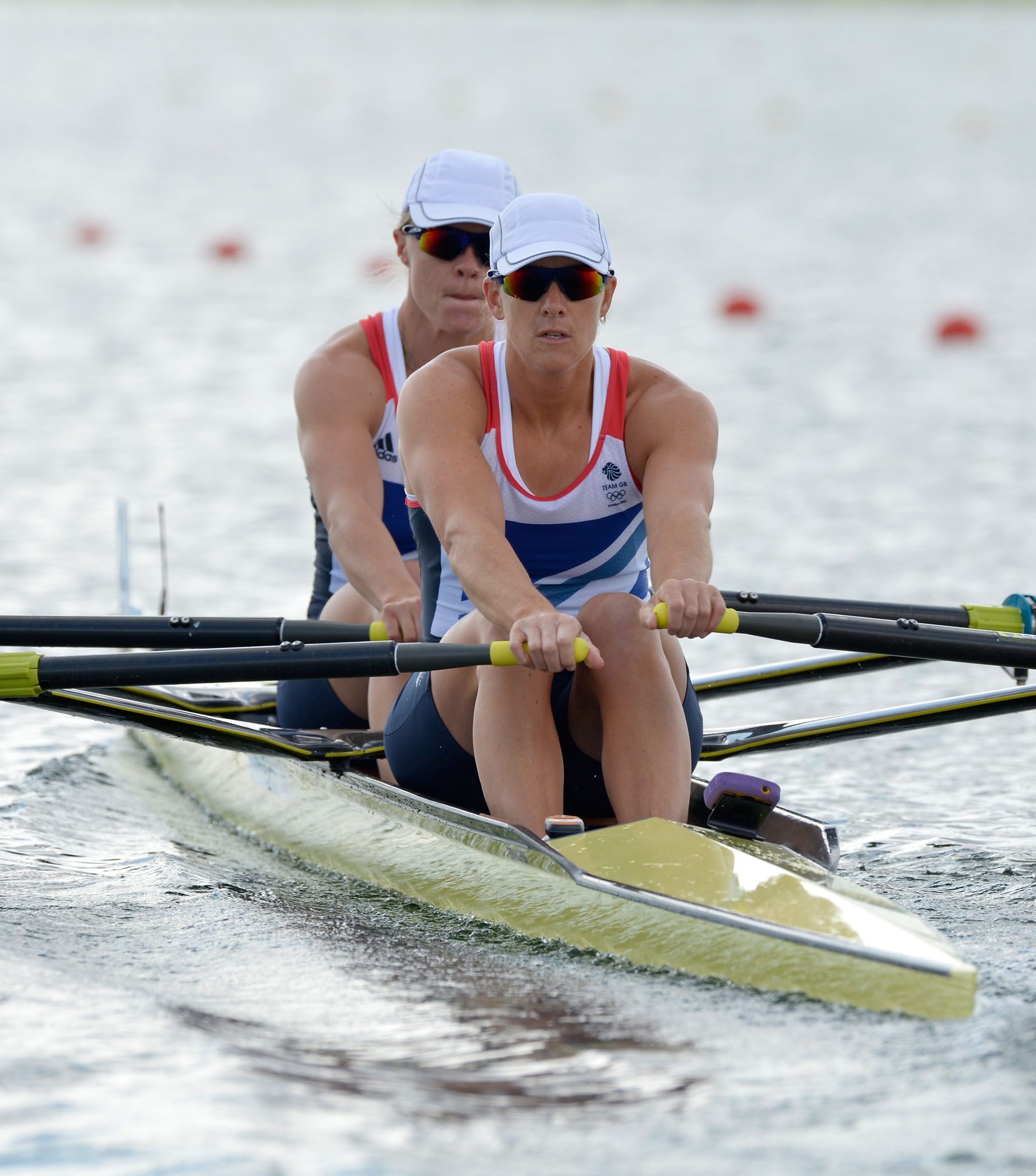 They led from the first stroke and had clear water over New Zealand in second place well before the halfway mark. After this, with the 25,000 capacity crowd cheering all the way, they were content to just do enough to win and qualify in pole position for Friday’s final, as the rest of the field battled for the second qualifying place. They crossed the line over five seconds ahead of New Zealand, smashing the Olympic record by over four seconds.

The duo then had the added bonus of watching Australia, their main rivals for gold, having to work much harder than them to win a much more competitive second heat, but in a time that was almost four seconds slower than their new record. Poland finished second in this heat to qualify, and the final two slots in the final line-up will be decided among the others in today’s second-chance repechage race.

Afterwards, Katherine said, “that was very enjoyable. It’s been a long wait to get going and we’ve watched almost everyone else on the team getting started. It’s always in the back of your mind that your moment is waiting, and you never know how well your boat is going until you get to the start-line. For us, it’s been feeling good, but you just don’t know how relatively fast it is, so there’s always a bit of nervousness at the start. But we know when we get into it on the water and we get into a good race, that’s when we’re at our best anyway”. She added, “the intensity is that you realise this is your Olympic campaign underway – you don’t need to be sitting at the start reminding yourself of that”.

Like all the other rowing crews, Katherine and Anna have been delighted at the support the crowd has been giving them. “What we’d heard from everyone around us was the effect that the crowds had, and we’ve never experienced it before. It starts at 100 metres gone, so the start is the only bit you have to yourself and is utterly quiet, which is good because we need to get that focus, get that concentration. Then, all the way down the course you’ve got this incredible support. It does add a very different element – both Anna and I enjoyed it, I don’t think it affected us in any negative way. There’s just a wonderful buoyancy you get to race alongside that”.

Speaking about her new record, she said, “we were both surprised we got the Olympic record, because we knew – if it was fast conditions – we could go for a fast time, but it didn’t feel like very fast conditions. We deliberately held it steady for the second half of the race. Part of me would have just loved to lift the roof off the boat and see just how fast we can go, but we know we’ve got that for the final. Today was just about getting ourselves to the final in the best possible position. There’s really quite a bit more to come”.